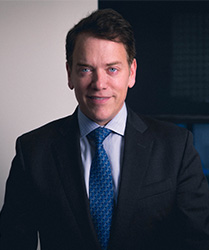 Scott joined Douglas Elliman in January 2016 after a 26-year career with The Corcoran Group in New York, Since beginning his career as a sales agent in 1991, Durkin grew his reputation, becoming a protégé of Barbara Corcoran and working directly alongside her for many years. He was directly involved in many major milestones, including the sale of the company to NRT/Realogy and the acquisition of brokerages in the Hamptons, Palm Beach and New York. During his tenure at Corcoran, Durkin also held several corporate positions including Chief Operating Officer and Senior Managing Director of the Chelsea Flatiron office, which ranked in the top 10 nationwide of all Realogy companies during the 11 years of his leadership.

Scott is an amateur dressage rider and has three horses that keep him busy between Stone Ridge, New York, and Wellington, Florida.